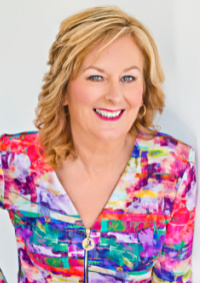 If you want to build a stand-out reputation for yourself and your organisation, you want to learn from someone who’s been a leader in that arena for more than three decades.

Dr Neryl East’s deep expertise in media, marketing, influential communication and credibility spans the public, private and not-for-profit sectors. In a world full of hype and fake news, Neryl brings to your event her unique blend of down-to-earth, warts-and-all experience, considered and insightful perspective and irreverent humour. Who else could bring so much life to a story about an anti-corruption case that the audience is laughing while they learn the lessons?

Because Neryl has many years of experience both as a professional speaker and a television reporter, she’s equally at home speaking from a stage to a large audience or through a camera lens to a virtual community. Whether your event is in-person or online - or a hybrid of the two - you’re in very safe hands with Neryl as your speaker.

Neryl started as a cadet journalist in the (then) male-dominated environment of radio, and remembers being told to wear high heels so she could “kick the TV cameramen” if they got in her way during all-in media interviews.

She moved to the world of television and for ten years reported and presented every conceivable type of story – from grisly murders to over-sized vegetables and everything in between.

Neryl then “crossed to the dark side” into corporate communication where she quickly realised organisations knew very little about how to manage issues before they spiralled out of control, and many completely floundered when it came to putting their best foot forward in a crisis.

In 2000, she took to the microphone as an Olympic announcer where her voice was heard by hundreds of thousands of people.

Moving into government, Neryl thrived on the daily barrage of contentious issues and dramas that came her way – in fact she likens her role to juggling hand grenades while pedalling a unicycle across a flaming tightrope suspended over a crocodile-infested gorge!

One morning she was meeting with the CEO of a local council when his PA came to the door and informed him,  “Some people from the Commission Against Corruption are here to see you”. What followed was a snowball of events leading to one of the biggest sex and corruption scandals ever seen in Australia. Neryl later wrote the book about that infamous episode, Named and Shamed, which was serialised in the media.

Neryl now works with leaders who want to be heard, stand out and command influence.

She has a PhD in Journalism and is the author of five books, including an Amazon best-seller.

Neryl is also a Certified Speaking Professional – an international designation awarded to only a small percentage of professional speakers globally.