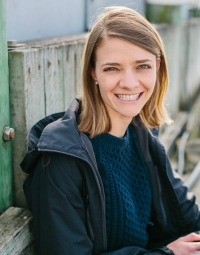 Jessica Watson (OAM) navigated some of the world’s most remote oceans and survived seven knockdowns and 210 days alone at sea to become the youngest person to sail solo, nonstop around the world, aged 16. On completion of the voyage, Jessica was met by the then Prime Minister who declared her an Australian hero. In a simple speech that won admiration across Australian and around the world, she responded to the Prime Minister by announcing that she disagreed with him, that she didn’t consider herself a hero—just an ‘ordinary person, who had a dream, worked hard at it and proved that anything really is possible’.

Despite her early struggles with dyslexia, Jessica became a storyteller, firstly on her popular blog and then in her bestselling, internationally published book True Spirit. The documentary she filmed while at sea was narrated by Sir Richard Branson, and the producers of Oscar-nominated movie Lion are currently working on a film adaption of Jessica’s story.

Jessica was named Young Australian of the Year 2011 and has gone on to lead various projects, including a team that became the youngest ever to compete in Australia’s notorious Sydney to Hobart yacht race. The project saw the youth crew finish second in their division, and Jessica was awarded the Jane Tate trophy for the first female skipper.

Jessica’s role as a Youth Representative for The United Nations World Food Programme has taken her to remote Laos and refugee camps in Jordan and Lebanon. Jessica is the co-founder of a marine start-up and is currently undertaking an MBA and her second book, a middle-grade novel.