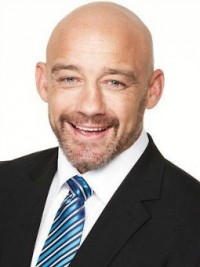 Mark Geyer, or MG as he is known, is a former professional rugby league footballer, an Australian international and New South Wales State of Origin representative second-rower and media personality. In the 1990s, he was one of the code's more controversial players in Australia due to his ability to generate headlines for his on-and-off field activities and publicised comments - which gained him at least as much attention as did his indubitable playing talent.

MG’s club career was primarily with Penrith, with whom he won a premiership in 1991. He also played for the Balmain Tigers and the Western Reds. He is the brother of fellow footballer Matt Geyer.  Since 2009, he has been part of the Triple M on-air team for the Sydney breakfast show, The Grill Team.

On Australia Day 2013 he was awarded an OAM for service to the sport of rugby league football and to the community through his tireless work with a range of charitable organisations.

Mark was a panelist on NRL on FOX for Fox Sports from 2012. In 2015 he filmed reality TV series The Rookie, created to unearth NRL players. 2015 also saw the third successful year of The Mark Geyer Cup rugby league competition, encouraging students to learn the importance of education over sports.

He is co-owner of a Fitness club, and a proud Ambassador for Save our Sons, Epilepsy Action, Great Walk Foundation, Blue Datto and Cancer Council.  MG can also be heard on his weekdays radio role on The Grill Team.