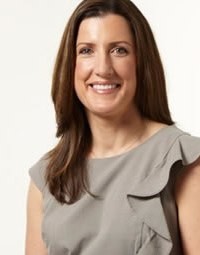 Jacqui Cooper represented Australia in the sport of aerial skiing for over 20 years. Spotted on a trampoline in Melbourne at age 16 she was quickly recruited with a vision for her to be a World Champion 10 years later.  With a detailed plan in place and unwavering commitment from Jacqui she became a World Champion; and in the decade that followed, Jacqui Cooper dominated and revolutionised her sport.

In a long and decorated career, Jacqui has competed in 139 World Cup Events, nine World Championships and has been selected to five Winter Olympic teams, the first Australian Woman in history (Summer or Winter Games) to have enjoyed this honour. And with a record five world titles, 39 World Cup medals, 25 World Cup wins and three major World Championship medals, Jacqui Cooper is indisputably the greatest aerial skier of all time.

Jacqui's sport, however, is unforgiving; she has multiple reconstructions for her knee, elbow, shoulder and hip. In 2001 she broke her back in an attempt to win a record third World Title; she went on and won it. In 2002 at the Salt Lake City Winter Olympics Jacqui shattered her knee and broke her leg just two days before scheduled to compete, destroying a dream years in the making.

In 2010, Jacqui competed in Vancouver after a year of intense hip and knee rehabilitation, shocking doctors and spectators with her brave attempt to be competitive, despite the odds. She spent most of the months leading into the competition in a wheelchair, learning to walk again, and gaining confidence in a sport that is often brutal and cruel. She stunned the world when she placed fifth, the best Olympic result of her career.

In addition to sport, Jacqui's passion is the education of young people on the importance of a healthy lifestyle, nutrition, being role models, pursuing your dreams, being active, and goal setting. Jacqui speaks to all levels of students.

Since retiring from sport Jacqui wasted no time using her skills, entrepreneurial qualities and attributes that made her incredibly successful in sport, in business.  She has created products that are needed, used, and wanted by Australians.

In 2011 Jacqui founded her own company which recently became the first company in Australia to run corporate banner making, an idea inspired by Jacqui herself. A team building event where participants create and build crepe banners (like the real ones on AFL game day) in the change rooms in the MCG.  Company values are taped onto the crepe paper giving the day strength and worth. Once built the team get the thrill of running through their banner on the famous grass at the MCG.

Jacqui has also found the time to write two books.  Being an author of two books with a focus on IVF is something she is proud of.  “FROZEN HOPE” and “IT TOOK 3 TO MAKE ME”.  All 3 of her children were born using IVF technology.  Passionate about that process, she wrote a memoir for couples undergoing or embarking on a sometimes very rocky, long, hard, emotional journey.  Her memoir “Frozen Hope” will help prepare and support anyone undertaking extraordinary lengths to have the family they have always dreamed about.  Her children’s book is a cheerfully illustrated book using a poem she wrote for her first daughter.  The poem explains the IVF process to children, allowing parents to start a sometimes awkward and difficult conversation around how they came to be.  Both books have already been purchased by a leading fertility centre in Australia and given to patients as gifts. The books are also sold in all major Australian book stores and on Amazon.com.

In 2015 Jacqui’s daughter was diagnosed with Coeliac disease; inspired by that diagnosis Jacqui made it her mission and promised her daughter that she would create a range of food that she could trust, was easy to make and most importantly, it had to taste great.  Jacqui created her own range of gluten free frozen dough products – cookie, pastry and pizza dough.  All you need to do is thaw it, bake it and enjoy it.  “When I buy or cook food, Maddy often asks me – Is that food for me?  I created “Food For Me just for her”.  Jacqui’s range of FOOD FOR ME is a first to market in Australia and is now being manufactured in a fully gluten free facility in Langwarrin, Victoria.  An Australian owned and Australian made brand with endorsement from Coeliac Australia. Her products are being sold by a national retailer.  Jacqui’s; proud that her promise to her daughter is not only changing her daughter’s life but changing the lives of some many diagnosed coeliacs.

Jacqui's story is one of self-belief, passion, triumph, tragedy and the ability to overcome adversity against the odds.

Jacqui's life story is one of self-belief, passion, and the ability to overcome adversity. Most of our group knew of Jacqui's sporting triumphs, but none of us knew of the story behind this remarkable Australian. Life is full of opportunities, chances, half chances, successes, and failures. Jacqui demonstrates perfectly how one is best measured by how they react and deal with such challenges. Jacqui brings to her presentation all the qualities that made her a world champion. The passion, the raw ability, and that touch of craziness all come through in what is both an inspiring and entertaining presentation. This is more than a presentation, it is a life force experience.

Jacqui gave an excellent series of talks to our staff. She inspired, brought laughter, and above all, helped all who attend feel that achieving more was within their reach. I would happily recommend Jacqui to anyone organising an event or looking to inspire a team. She is funny, warm, and will connect across a diverse audience. And her energy levels have to be seen to be believed!

Jacqui Cooper was the most inspirational speaker I have heard from. I found Jacqui's presentation incredibly moving, inspirational and at the same time humorous and I don't think I have ever understood the capacity of a human for resilience, persistence or drive until I met Jacqui. The pace was breathtaking but she kept us on the edge of our seats for the entire time dying to find out what more could possibly happen to her. Her presentational skills are second to none and I was moved by her story. Jacqui was well received at our conference and a standing ovation was the ultimate gift of a speaker! She received it with pride from our 81 attendees. It was amazing to watch. Certainly true to say that persistence pays off tenfold and more..............We will definitely utilise her for future conferences.