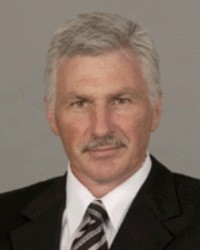 Born in 1953 in Ballarat, Michael Malthouse began his football career at Wendouree West, then North Ballarat. Could anyone then have predicted the football journey he would embark on? Having been involved in the sport as a player and a coach and after 28 years in charge at the highest level, Michael is currently second on the VFL/AFL most games coached list, behind Jock McHale. Although since the 1990 name change, Michael has coached the most 'AFL' games of all time.

Since finishing with Collingwood in 2011 Michael has been commentating for Network 7 and 3AW. He's co-authored a book 'The Ox is Slow but the Earth is Patient' and became a Vice-Chancellor's Fellow at La Trobe University.

2013 will see Michael take over the senior coaching role at Carlton Football Club.

In 1972 Michael joined St Kilda, playing three finals in his debut season. He played 53 games for the Saints before being told by then-coach Allan Jeans that he would struggle to get a game in the senior side due to an abundance of similar sized players. The 1980 Richmond Premiership win over Collingwood was one of six finals he played for the Tigers in 121 senior games. As the 'backline captain' he was noted for being a tough and solid defender, and a promising leader. He retired in 1983 due to injury.

But there was no stepping away from the game he loved. Michael was appointed senior coach of Footscray in 1984, and impressed his peers with his dedication and professionalism along with his tough stance on many players. In 1990 Michael moved his family from Melbourne to Perth to coach the West Coast Eagles. The move would be a huge success. In 10 years with the club he took the Eagles to the finals every season, in 1992 and 1994 winning the Premiership.

2011 was Michael's 12th and final season at the helm at Collingwood, after being appointed senior coach in 2000. It was his eighth finals campaign with the Magpies, including the 2010 Premiership (and drawn grand final) and the 2002, 2003 and 2011 grand finals. He finished at the Club in 2011 with Collingwood as runner-up in the Grand Final against Geelong.