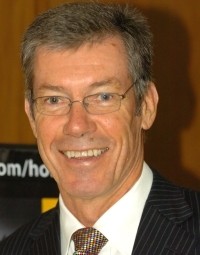 At the time of his retirement, the Australian Cricket Team were the World Cup Champions, Test Cricket Champions and One Day Champions, and also returned the Ashes to Australia in early 2007. This record of victories makes John the most successful coach in history with a winning record of over 75% since 1999.

The beauty of sport, and why sport is such a valuable source of practical ideas and methods for business, is that sport condenses and compacts a year's business life often into one game - it's people, it's leadership, its decision making, it's culture, it's planning, it's preparation, it's measurement, and its execution. In his current role as presenter and coach in the corporate world, John takes organisations through the strategies and actions to move from today to the future.

Have you asked or been asked some of these questions?

So many questions we ask ourselves every day, as we try to deal with the complexities that not only our business world throws at us, but also our personal world – and it seems to be, almost every minute of every day.

Amongst all this busy-ness, we are trying to make our team, our organisation more successful than it was yesterday.

Apart from sport John has worked with Boards, CEO's, senior company leadership teams, coal-face teams and with organisations of different sizes and industries. He has a real appreciation that each situation is unique; however the messages and methodologies of High Performing Teams and his ability to coach them is universal.

Like the cricket teams with which John was involved every situation is a challenge; in every person and every organisation there is the possibility of turning good into great. It is these challenges and opportunities that John relishes.

John has a Degree in Human Movement, a teaching Diploma and a Master of Arts in Sports Administration from Alberta University in Canada. He has also been granted an honorary doctorate by the University of Queensland for his services to sport.

This education has influenced John’s coaching style, which is vastly different to those used by cricket coaches for generations. While he was the first coach to use computer analysis of every ball bowled, he retained a unique approach to coach the ‘whole person’ rather than just the athlete.

John’s first book, “If Better is Possible”, continues to be a popular across many audiences from corporate leaders to sport coaches and athletes. His second book, “Learning from Legends – Australian Cricket”, focuses on leadership lessons was released in November, 2008; while his most recently published book, “The Future of Cricket” deals with the 20 over phenomenon and where the game may be heading.

In both these situations I have been working with people who have been feeling particularly vulnerable and there was something very powerful about the term 'inner arrogance' that meant in both situations these people (myself included as I always consider myself a learner in any relationship - be that with family, friend, client or colleague) were able to grasp something strong and solid - something internal - almost like a 'fire in the belly'.

We have been conducting conferences throughout Australia and New Zealand for twenty years. The quality of his material and the professionalism of his delivery resulted in delegates rating John as our best ever closing speaker.