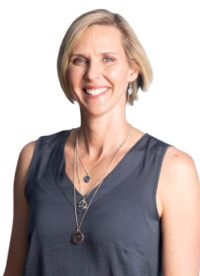 A dual Olympic champion, an icon of the pool and a much-loved Australian sporting hero, Susie O’Neill’s determination and work-ethic saw her rise to become one of Australia’s most successful ever swimmers.

Dubbed ‘Madame Butterfly’ for her peerless quality in the discipline, Susie held a record 35 Australian titles, 16 Commonwealth Games medals (11 gold), 18 long and short course World Championships medals and eight Olympic medals in total. Susie was unrivalled in her success, never coming home without a medal from any international competition, a stretch that lasted from 1990 to 2000.

As an 18-year-old, Susie won a bronze in the 200m butterfly at the 1992 Barcelona Olympics, before rising to the top of the sport, winning the first of her two Olympic golds four years later in Atlanta.

At Commonwealth level, she was dominant. No other Australian won more medals in the pool, and Susie also holds the record for most medals won in a single games with her eight, six of which are gold, at the 1998 Kuala Lumpur Commonwealth Games. At her home Games in Sydney 2000, O’Neill won gold in the 200m freestyle and another three silver medals to equal the great Dawn Fraser’s Olympic medal tally of eight.

Following the 2000 Sydney Olympics, O’Neill retired from swimming and continued her career in the International Olympic Committee. In 2005 Susie resigned from the IOC to spend more time at home with her young family. She then began her broadcasting career soon after, commentating at the 2006 Commonwealth Games for the ABC, and in 2016 she joined the Nova Brisbane Breakfast program, Ash, Kip, Luttsy & Susie.

Always a champion of the people, O’Neill is revered not only by her feats in the pool, but also her charity work, humility and down-to-earth nature.