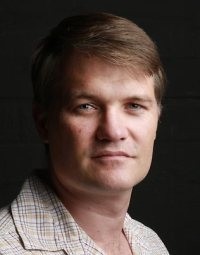 Ben Tune is remembered as one of the world's most entertaining rugby players. His electrifying speed, together with his strength and determination, and genuine ability to beat an opponent, saw him terrifying opposition defences and exciting rugby lovers throughout the world.

A prolific try scorer at state and international level, Ben burst onto the scene in 1995 when he made his debut for the Reds against Otago at the age of 18. The following year he made his first appearance for the Wallabies against Wales in Sydney.

A Queensland and Wallaby Legend, Ben became a Qld Rugby Club Ambassador, which he saw as an excellent opportunity to give something back to the game that gave him so much over the 12 years of his professional rugby career.

Ben has a wealth of experience and wisdom on and off the rugby field. He can talk about a variety of topics including his rugby career, comparing business with sport, and his battle with mental illness. Ben has recently been very open with his battle with depression and drug addiction since his retirement in 2007, saying he wanted to speak about his illness to help to alleviate the stigma attached to depression among males, especially those who participate in contact sport.

Ben has a unique and entertaining way of discussing topics that are serious but necessary. He blends humour with heartbreaking anecdotes to convey the horror of addiction and mental illness, with the miracle of survival. He does it with raw honesty which allowed the audience to self-reflect, empathise, and leave feeling full of hope.

I engaged Ben to speak at two functions, addressing two groups of employees from all levels of the organisation. His story and testimony of his professional sporting career and his personal challenges following this, was delivered in an engaging and personal manner, with feeling, humour and with a strong message to the audience. I would not hesitate to have Ben present at further functions or events, as his message is important and should be heard.