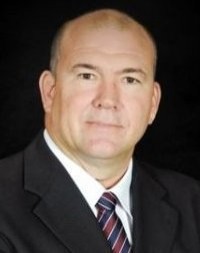 Tom Lawton is a success story twice over. Representing Australia in Rugby Union was a childhood dream that came true. Creating a career after retirement was charged with highs and lows. Tom's presentations are filled with highly entertaining examples of his own recollections and observations about life, the sport he loves and his business experiences.

Tom represented the Wallabies between 1983 and 1992 playing at the highest level before representing Queensland. He was the youngest (20) Wallaby hooker to play, and the biggest (185cm 117 Kgs). He played 41 test matches during 11 tours overseas. The most famous of those tours was the 1984 Grand Slam in which he played all tests with distinction.

He resided in Natal, South Africa for two seasons and was the mainstay of the Natal pack that paved the way to an historical Curry Cup victory in 1990. He represented in two World XV’s in 1986 against the Lions and in 1989 against the South African Springboks. Tom has the distinction of being selected in the Queensland Rugby Union team of the century.

Having repeatedly, but thankfully unsuccessfully, tried to ruin his financial future after his amateur international career, Tom relates with disarming honesty and hilarious anecdotes about his career choices that have led to him to emerge a very successful executive in the financial markets industry.

Tom currently works as a financial services professional, and was previously with Ord Minnett and Macquarie Group. In his role as State Manager with Ord Minnett Tom had oversight of all Branches and guided ongoing strategic business direction / opportunities.

He enjoys coaching and mentoring staff on the similarities that lay in elite team sport and the work place. He is a highly accredited rugby coach and an enthusiastic supporter of youth development through sport.

Tom Lawton played 41 test matches for the Wallabies. He was selected twice in his career to represent in a World XV to play matches against the British Lions (’86) and South Africa (’89).

Tom has the distinction of being selected in the Queensland Rugby Union team of the century.