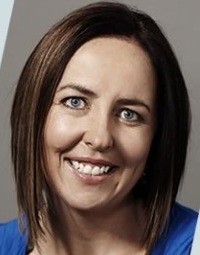 Liz is one of Australia’s highest profile elite athletes and most successful netballers ever. She surpassed the record for most test matches played for Australia in 2005 and captained the Sydney Swifts and Australian Netball Team until her retirement in 2007.

Liz is also a highly successful and experienced broadcaster. Appearing on television and radio as a sports commentator and presenter, and is the expert commentator on Network Ten and Fox Sports for the Trans Tasman Netball season broadcast. Liz’s articulate and engaging wit and down to earth manner has also seen her in demand on many entertainment programs on both radio and TV and broadcasting for ABC Local radio around the nation.

In 2009, Liz became a Member of the Order of Australia (AM) in the Australia Day Honours for "services to netball and the encouragement of women in sport, and to the community through support for a range of charitable organizations".

In 2015, Liz developed a live stage show, The Centurions, with other netball greats Sharelle McMahon and Catherine Cox, offering fans an unprecedented and entertaining insight into their private, professional and public lives.

Liz’s achievements, strategies and philosophies on life are inspiring, and she provides motivating and entertaining insights, as a highly sought after guest speaker.

Liz was excellent ... She has great presence, a really lovely natural style and her content is first class.