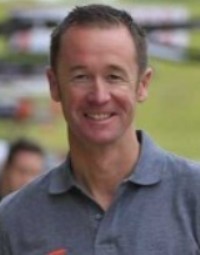 NZ Motorsport icon, Greg Murphy is rightfully considered one of the greats by fellow competitors and fans alike.

A seasoned driver in Australian V8 Supercars, Greg's mark on the sport is indisputable. With over 400 V8 Supercar race starts, multiple Bathurst 1000 wins and appointments with some the highest profile race teams in Australasia.  Greg’s flagrant disregard for detractors and adversity has resulted in some of his most memorable performances despite the odds. An attitude applied to both his life and business decision making.

Murph's no stranger to reaching 300km/h on the track, but the Kiwi V8 Supercar star preaches safe speeds and smart decisions when it comes to driving on the road.  He is the face of the Motor Trade Association's in-school road safety programme "Murph in Schools", that has been running for eight years and he has been tirelessly advocating for widespread safety improvements in driver training, vehicles and road systems for some time.

More recently, he made the tough decision to retire from full-time racing to join the V8 Media team for 2015 and became part of the broadcasting team on Fox Sports and Channel 10 providing expert commentary for the V8 Supercars and V8 Supercars Dunlop Series coverage.

No stranger to the commentator role after taking part in TV coverage at different times over the past 2 years, he’s looking forward to the chance to continue to be involved in the sport. An added bonus is having competed in the present Next Gen cars, he has unique first-hand knowledge to share with viewers across multiple broadcast platforms around the world. Back home in NZ, he also co-hosts SkySpeed with Stephen McIvor on SKY Sport.