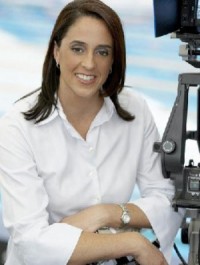 After establishing herself as one of Australia’s most decorated Olympians, Nicole Livingstone has continued her success in the business world and beyond. In conjunction with many media and commentary roles, Nicole has also excelled in her roles with various corporate boards, charities and sporting organisations.

Nicole began her professional career at the age of 13 after she was included in the Australian Swimming Team. Nicole was a champion swimmer, predominately in the field of backstroke. Remarkably, she still holds the longest title defence in the Australian National Title for 100m Backstroke – she won the event ten times during 1987-1996.

On the international stage, Nicole represented Australia at three Olympics where she collected silver and two bronze medals. Furthermore, she dominated her Commonwealth Games and Pan Pacific appearances, collectively achieving ten gold, four silver and two bronze medals. Nicole also held the World Record for 200m Backstroke in 1992 (short course). After a stellar career, she retired from professional swimming in 1996.

In directed her time and passion into the media, soon to become one of the industries most successful ex-athlete presenters. She began her media career in 1996 with Channel Nine’s programs, Wide World of Sports and Sports Saturday as well as provided expert commentary on the Commonwealth Games. Throughout 2006 to 2008, Nicole has continued her role with Channel Nine and in 2009 joined Network Ten Sport. She has since become a consistent panellist on Channel Ten’s, The Project. More recently, 2017 saw Nicole become the host of the ABC’s comedic weekly show, The Sideliners.

Whilst her professional careers in both sport and the media are to be marvelled at, her roles in the business and charity realm also boast excellence. Alongside sister Karen Livingstone, Nicole established Ovarian Cancer Australia, after their mother passed away from the disease. Furthermore, Nicole’s business interests revolve around sport and health as she is fulfilling various director and board roles. These include being a board member of Swimming Australia, the Australian Olympic Committee, Sports Australia Hall of Fame, as well as being the Deputy Chair of VicHealth.

In December of 2017, Nicole was appointed as CEO of Women’s Football (AFLW), the first woman in charge of the sport. With a resume boasting passion, experience and class, Nicole will look to continue the growth of the ever-growing AFLW.

Proved a real asset on the night. Mingled easily with our dealer body and made a huge impression on everyone she spoke to. Breezed through her MC duties and her Q&A with Lydia was a highlight. A thorough professional.

Real positive feedback from both audiences, Nicole engaged exceptionally well and catered for both audiences. Very easy to listen to and interesting on all levels.

Nicole was a great speaker - she was very interesting and very inspirational. We received very good feedback from our clients who attended this event. It was great that Nicole was willing to share with us such personal information about her life.