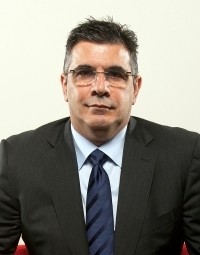 Andrew Demetriou was the Chief Executive Officer of the Australian Football League, which administers the 18-team national competition and guides the game of AFL that currently has more than 790,000 participants across all levels in Australia and supports a $3.9 billion industry that employs nearly 12,000 people.

He resigned from the role in early 2014 and has since taken up a board position with a sports marketing company which helps broker sponsorship deals for large organisations, including AFL Clubs. He has also taken up a leadership role as Executive Chairman of Acquire Learning - a Melbourne ­company that enrols thousands of ­students on behalf of training providers in courses such as accounting, arts, human resources, retail, nursing and travel and tourism.

Since 2003, Andrew oversaw unprecedented growth in Australian football and expanded the game nationally and internationally as well as leading the AFL in negotiating a series of record commercial arrangements including broadcast and sponsorship agreements. New licences have been awarded to the Gold Coast Suns in Queensland and Greater Western Sydney Giants in New South Wales as part of the AFL’s efforts to strengthen its position as ‘Australia’s Game’ across the nation.

Andrew also led efforts to secure funding for the redevelopment or establishment of world class playing venues around Australia, including Adelaide Oval, Skoda Stadium in Sydney, Metricon Stadium on the Gold Coast, and the proposed Burswood Stadium in Perth.

As AFL CEO, Andrew drove the organisation’s focus on making a positive difference to society through community engagement programs that promote inclusion and tolerance.

Prior to becoming CEO, Andrew served as AFL General Manager – Football Operations for three years, overseeing all aspects of the AFL competition. This followed a stint as head of the AFL Players Association when he was instrumental in establishing programs to look after players both during and after their playing careers. He also negotiated a landmark five-year Collective Bargaining Agreement with the AFL as well as a $25 million player fund.

Following an AFL playing career of 106 games, Andrew was the Managing Director of the Ruthinium Group, a business importing acrylic teeth growing the business significantly expanding manufacturing and exports to 70 countries worldwide. He remains a board member of the Ruthinium Group and is a member of the National Australia Bank’s Community Advisory Council, a Non-Executive Director of the non-partisan Climate Institute and is a former Chairman of the Australian Multicultural Advisory Council.

Andrew also served as Non-Executive Chairman of the Baxter Group, a Waste Management group listed on the ASX in 2003 with a market capitalisation of $40 million – the company later sold to Transpacific for $260 million.

With his business partner Ben Buckley, Andrew is currently working on launching a new and innovative sports technology business in 2016.

Andrew was a very good speaker who came across as genuine and sincere and he committed to the brief we had requested. Not only did he tell the story of his football playing days and the game as it is now, he also confided in the audience about his family and how he met his wife. These pieces of information showed a human element not seen in the media, endearing him to those present.