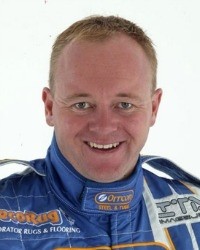 Even as a child Jason Bargwanna knew he would be a racing car driver. From the day he was born cars and racing, have been his passion - it was that passion that made him finally realise his dream.

Jason Bargwanna is one of the most exciting, enthusiastic and colourful drivers in the V8 Supercar Championship. Bargwanna made his debut in a V8 Supercar at the Sandown 500 in 1997.

His natural talent showed through immediately when he claimed provisional third position on the grid. In 1998 he was rewarded with a full time drive in the Championship and claimed his first V8 Supercar race win in June at Calder Park Raceway.

The highlight of his career thus far came in 2000 when he won Australia's most prestigious race, the Bathurst 1000. At the end of 2002 Bargwanna joined Larkham Motor Sport to pilot the Orrcon Racing Ford Falcon in the 2003 Championship.

The icing on the cake for Bargwanna during 2004 was his podium finish at the Gillette V8 Supercar Challenge on the Gold Coast, the 13th of his career.

In 2006 Bargwanna stood tall in the ever competitive V8 Supercar Championship in a new look WPS Racing outfit with Brazilian Max Wilson as his team-mate, and finished 10th in the 2006 Bathurst.

Bargwanna will continue to build on the strong development and foundations developed by the team over the past few years with the aim of being a serious top five contender in the Championship.