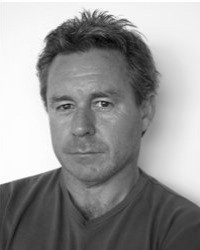 One of Australia's most popular modern-day sporting heroes, Wayne Gardner's bumpy ride to fame began at the age of 13 when he found his first motorcycle on a junk pile.

After some of the most spectacular racing ever seen on two wheels Wayne retired from grand prix competition in 1992 winning his last race on a 500, the British Grand Prix, and leaving a proud two-wheel record which includes 18 grand prix victories and an unequalled four Suzuki 8-Hour wins.

These days Wayne races on four wheels instead of two. In 1994 he set up his Holden Commodore V8Supercar (touring car) team in Australia Wayne Gardner Racing.

Most asked question: "What do you prefer, cars or bikes?"

Wayne says: "From a safety point of view I prefer cars. Having seatbelts, a roll cage and a big lump of metal around me makes car racing very attractive. But, when it comes to the heart, there's still nothing like riding a motorcycle ¬ its sheer pleasure! It still is and always will be."