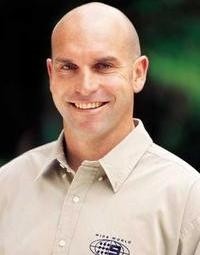 Andy played in Australia’s National Soccer League for clubs such as St George, Marconi, Brisbane Strikers and Newcastle United. Playing a total of 321 games for seven clubs, he is widely regarded as the best Australian player to not play for the national team.

Since retiring in 2001, Andy Harper has taken on an increased media role. He has written three books, the most popular “Sheilas, Wogs and Poofters – The Incomplete Biography of Johnny Warren & Soccer In Australia”. He has been a commentator on SBS covering the 1998 FIFA World Cup, covered the European Championships in 2000 and 2004 with Fox Sports, hosted Channel 9's coverage of the 2002 World Cup and on 29 July 2006 he joined the Fox Sports team covering the A-League and hosts the Total Football show.

Andy is also a regular contributor as an expert Football commentator in the print and electronic media's coverage of football in Australia. Other television work includes working as the head coach of the Nerds FC, from the reality TV show of the same name. He trained a team that consisted of 14 bright young geniuses who were trained to play football over 3 months, climaxing with a match against professional A-League team Melbourne Victory at Aussie Stadium. He also took on a more corporate role as the inaugural Chief Executive of A-League club Sydney FC.

He is an articulate, entertaining and informative speaker with a wealth of information by football, the media and sports management.