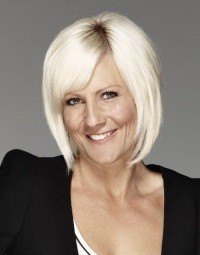 An Olympic Gold Medallist and 16-year veteran of the Australian team, she retired in March 2009 after a glittering career at international level. One of the most successful players in the game's history, she was captain of the national team at the 2008 Beijing Olympic Games, where she became the first person to play 300 games for Australia. In total, she played 303 games for her country and scored 99 goals.

Nikki Hudson made her debut with the Hockeyroos aged just 17 and has played in three Olympic Games, three Commonwealth Games and three World Cups, collecting four gold medals from the most prestigious events in the game.

Her No.1 career highlight was a gold medal at the 2000 Sydney Olympics, where she was the tournament's leading goal-scorer before she further underlined her international standing when named the captain of the World XI by the International Federation of Hockey in 2006.

She has also earned two gold medals from the highly regarded Champions Trophy and was rarely part of a team that has finished any international competition lower than third place.

Nikki held the position of Property Manager at Hope Island on the Gold Coast. She is currently the manager of Marina Quays Village, a shopping village on Hope Island.

Since her retirement Nikki has performed a number of Corporate Speaking engagements including attending corporate breakfasts, lunches and dinners; motivational speaking for staff and management; appearances at various Rotary Clubs throughout Queensland and sporting groups Australia-wide and attending school sports awards nights.