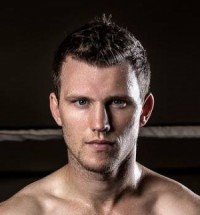 Jeff started boxing with Glenn Rushton at the Stretton Boxing Club in 2007 and had his first bout in August of 2008. Since then, Jeff has enjoyed spectacular success, winning his first Qld Title in his third bout and putting together an extremely impressive record against some of the best opponents in the world.

At the 2012 London Olympic Games, Jeff made the quarter finals, losing there to the silver medallist, Denis Berinchyk, who also won silver at the last World Championships. Jeff’s Olympic effort made him the most successful Aussie Olympic boxer in the last 20 years and capped off a stellar year for him, which included two silver medals in European lead-up tournaments, a gold medal at the Oceania Olympic Qualifying Event and gold at the 2012 National Titles.

Last year, at the World Boxing Championships held in Baku, Azerbaijan, after posting a record 42:5 win in his first bout, Jeff lost narrowly to the eventual Gold Medallist, Everton dos Santos Lopes, Jeff was subsequently invited to compete in London in the London Test Event for the Olympics, where he won a bronze medal, losing a very close bout to the UK’s Josh Taylor in the semi-finals.

Jeff lost after just two rounds in his fight against Tim Tszyu in August 2020, however his coach believes Jeff has the skills, speed, power and mental toughness to become a World Professional Boxing Champion.

Aside from boxing, Jeff is a very clean-cut, well brought up young man who has completed his Bachelor of Education to become a PE teacher.