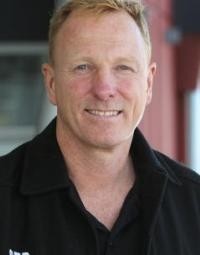 Karl has an incredible sporting history. His interest and passion for sport has always been evident and during his schooling at Guildford Grammar School he was captain of the cricket, football and athletic teams and in 1985 won the school's Sportsman of the Year Award. While at school he was chosen in the Western Australian U/16 and U/19 State Cricket teams and during the U/16 carnival was chosen in the All Australian team.

In 1986, Karl began his WAFL career with the Subiaco Football Club playing in the league Grand Final that year in only his third league game. The West Coast Eagles drafted him in 1987. He played over 100 games with the West Coast Eagles and contributed to the Eagles’ first ever premiership in 1992. Karl also represented Western Australia, in football, on five occasions.

Karl was a dynamic centre half forward player who always provided the crowd with an exciting and entertaining game to watch. In 1996 he retired from football to become one of the country's most dynamic football commentators. His main interest and focus now lies with commentating within this exciting field.

Karl currently has a Boat, Dive and Fishing show on radio 6pr every Saturday Morning from as well as a Sports Show weeknights and on Saturday mornings. He is also the on track commentator at the Perth Motorplex during all major Speedway meetings from October to April.